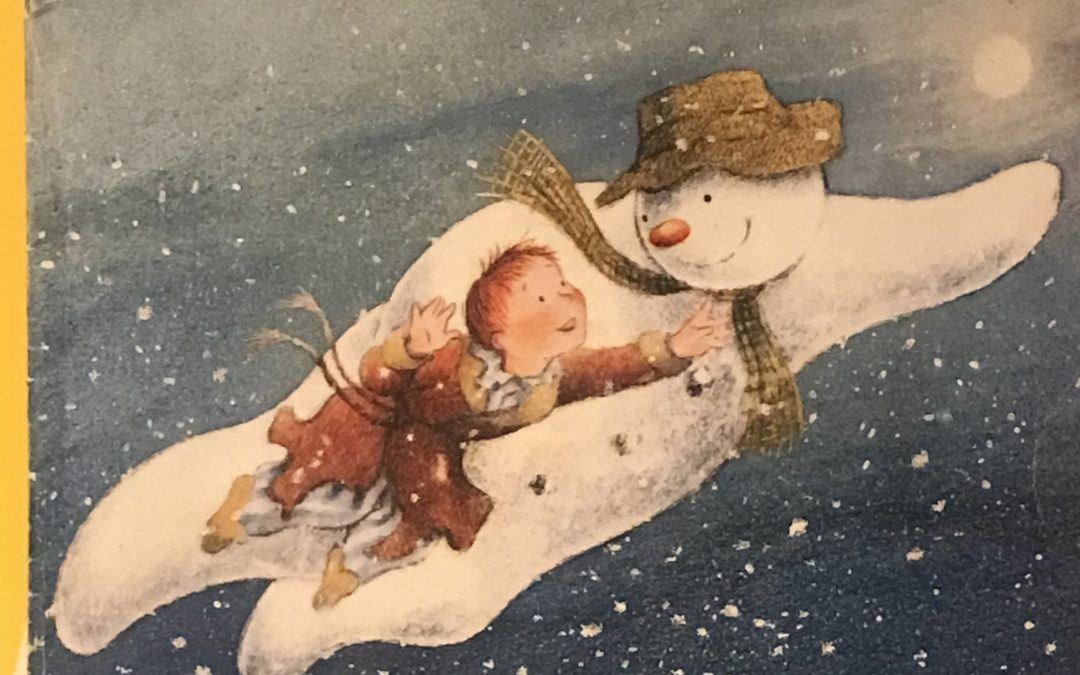 If you look way back in history, you will find the term ‘carol’ originates in the Old French word carole, referring to a round of dancers, singing and holding hands. Just like that other ubiquitous singing term, Chorus, which originated in singers revolving in the Ancient Greek amphitheatres. I think you sense this circling in the repeated refrain of something like the Coventry carol (‘Lully lulla’), which originates in a Medieval Miracle play performed by the Tailors Guild on a moving stage, drawn along the streets on a cart. There is definitely a mesmeric, ever-lasting feel to those endless verses in ‘Once in Royal David’s City’ or ‘O Little Town of Bethlehem’ or my new/old Irish favourite. ‘The Darkest Midnight in December’. On and on they go, round and round. Perhaps we should be dancing as we sing, or at least trudging through the snowy streets in that age-old Christmas ritual of wassailing (singing from one house to the next, with the prospect of a warm bevvy or a donation in return).

The original carol was not limited to Christmas music, but could refer to any song where things got repeated and repeated. During the Medieval period, the most popular ones focussed around the Virgin Mary and winter holy days so that, over time, these became the main images associated with the word itself. ‘Carol’ came to refer uniquely to a song for Christmas. I wonder if the time has come for carols to again step away from their religious context.

Certainly some of the most ‘traditional’ carols have become so sentimentalised and commercialised that it’s hard to think of them as religious – I’m thinking of some of the most popular ones, Silent Night and Away in a Manger for example. They are incredibly tender and touching, but given a swooping pop vocal and plenty of production value can start to feel seriously cheesy. Then there are Christmas songs that were only ever meant to be secular but have nevertheless found their way into every carol song-sheet (my favourites being ‘I saw Mommy Kissing Santa Claus’ and ‘White Christmas’). Most interesting of all are the ones where the boundaries start to blur. Top of this blurry chart I’d put ‘Walking in the Air’. You probably know it – the tinkly centrepiece of the 80’s film, The Snowman, where a small child flies off on an adventure with a friendly snowman…Does that sound a bit dodgy these days? Well, it didn’t thirty years ago. It has lots of verses and lots of refrains – truly cyclical. Earlier this week, I sang it in a 4-part setting at a Christmas concert in a church where the audience sat entranced. At the end, a young woman with tears in her eyes came up to say that of all the carols we had sung (ranging from an ebullient ‘O Holy Night’ to the melancholy ‘Lully lulla’ to sophisticated ‘Three Kings from Persian Lands Afar’) this was the one that had touched her the most. ‘Walking in the Air’ had brought alive the magic of Christmas, just as she remembered it from her childhood. I reckon many people have similar associations. The thing is, the main idea of Christmas is a magical one – that God came down to earth in the form of a baby. And ‘Walking in the Air’ isn’t so far off that same theme, the Snowman/God transporting a little boy to somewhere exciting and extra-terrestrial. It is a story about the meeting of earth and heaven, of the material and the immaterial. And what better way to express such a miracle than with the soaring of our voices, taking one another round and round and up and down, to transcend our very earthly lives and give us hope.